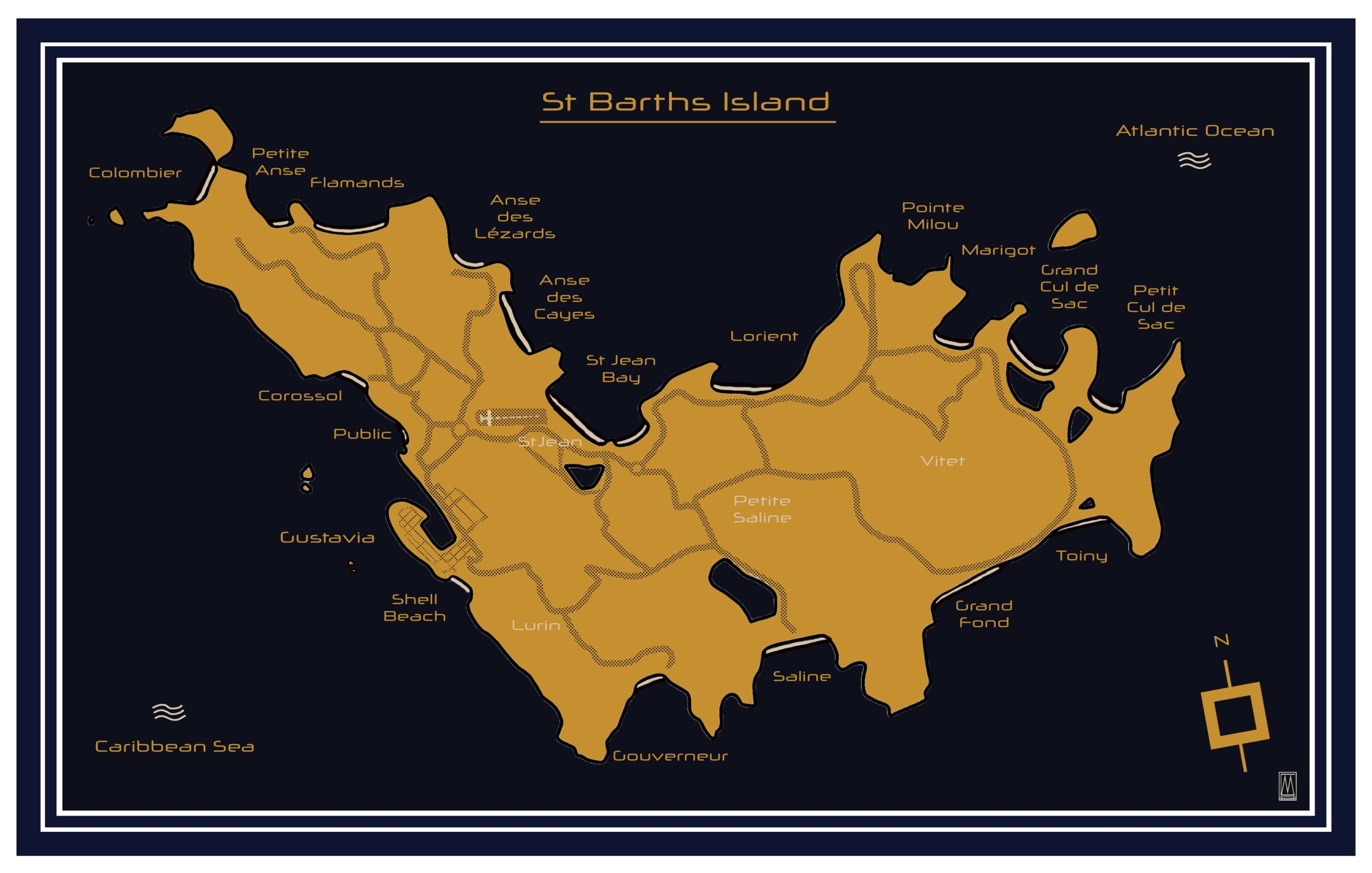 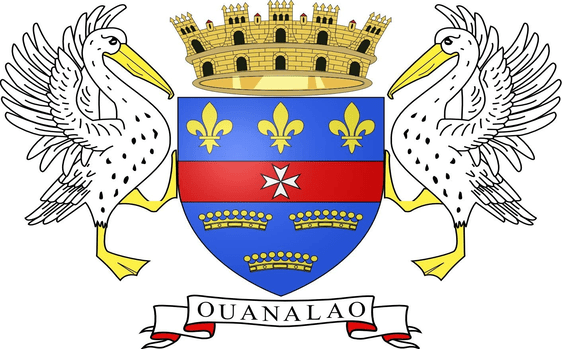 The first European to have approached the island is Christopher Columbus, who baptized it in honor of his brother Bartolomeo, during his second trip in 1493.

In 1784, the island was ceded by Louis XVI to King Gustav III of Sweden against a warehouse right in Gothenburg. The Swedish made Saint-Barthélemy a free port in 1785. In tribute to the King of Sweden, the main town on the island (Le Carénage) was renamed Gustavia around 1787. Devastated by a hurricane then by the fire of Gustavia in 1852, Saint-Barthélemy having no more resources and no longer having commercial interest, the king of Sweden and Norway Oscar II decided to let the island to France.

In 1946, the French adventurer Rémy de Haenen landed for the first time an airplane on the island, in a savannah ground where will be built the airport of Saint-Barthélemy-Rémy-de-Haenen. In 1953, he acquired land in the bay of Saint-Jean for a few hundred dollars, including the potential of Saint-Barth. In 1957, David Rockefeller had a modernist villa built there at the cove of Colombier. The billionaire is imitated, and since the 1960s the island has been transformed into a luxury tourist destination, reinforced by the ban on high-rise buildings and the absence of mass tourism.

With its 24 square kilometers, Saint Barths is the smallest French Island of the region, the jewel of the Caribbean.

Completely away from mass tourism, this pearl placed on an azure sea has recently become a popular destination for luxury tourism.

It therefore could seems to be an high end destination, however comfortable alternative solutions remain accessible. 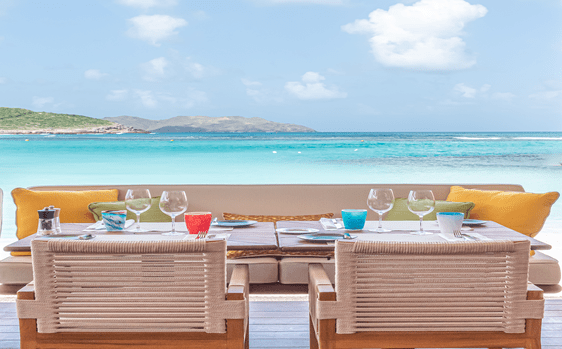 Rooted in French rituals and island mindsets, St Barth is taking the gastronomy to the next level.

Visitors in St Barths can be spoiled by diversed cuisine reflecting French inspiration with caribbean flavours as well as international influences from trendy menus in a tropical garden or enjoying one of the beach front spot.

The other Caribbean Jewel DNA is its lifestyle and unmistakable « joie de vivre » to be enjoyed over a drink as St Barths boost a sophisticated bar and lounge scene to experience.

For shopping addicts, St Barths provides another dimension to  Paradise! This without saying that the Island is duty free!

From the biggest names of fashion Maisons to a selection of handcrafted items made from local designers and artists.

Laid back Caribbean lifestyle coupled with a French Art de Vivre, the island is the home of many talented artists and there are several galleries around the island to be discovered. 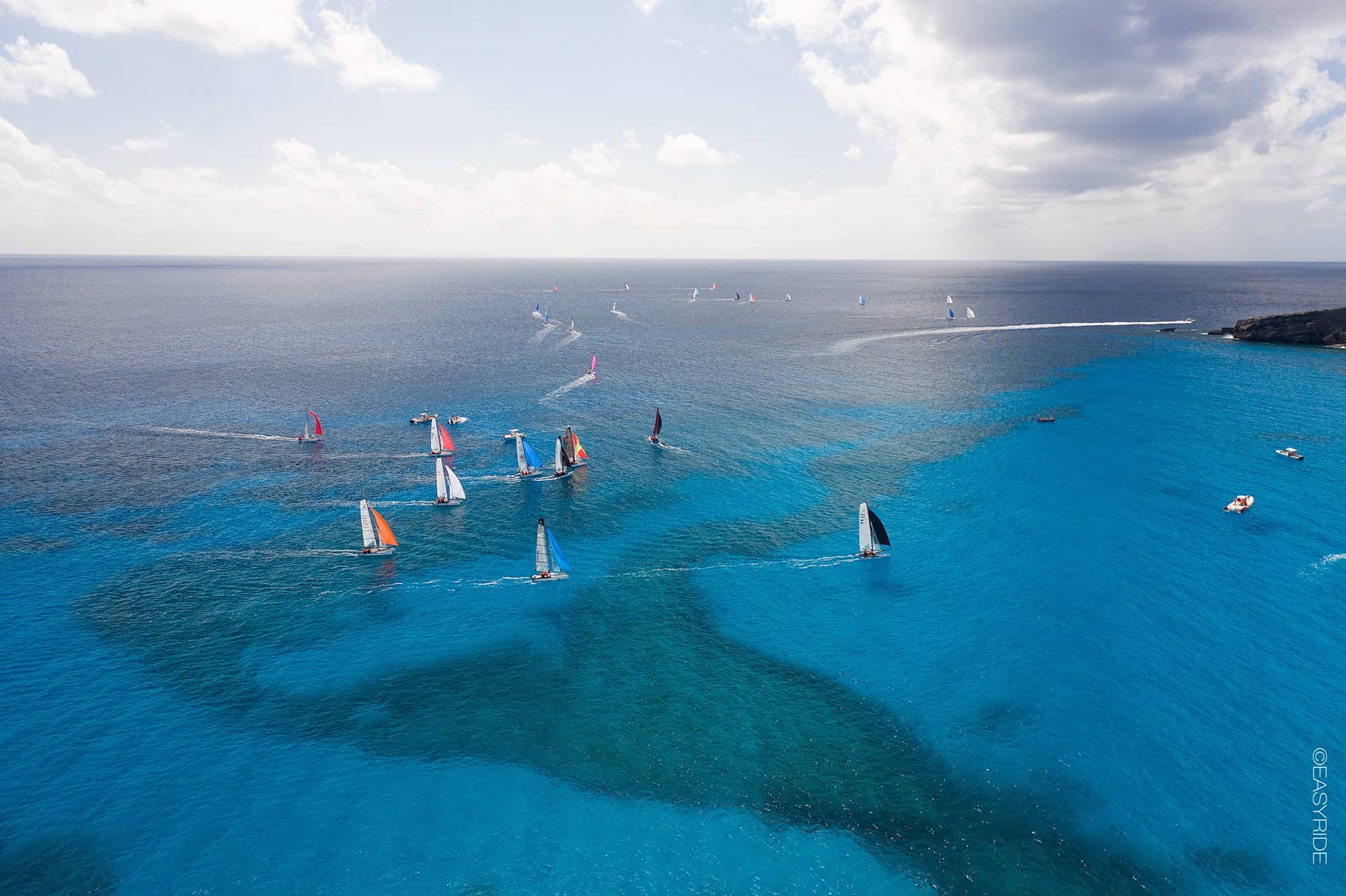 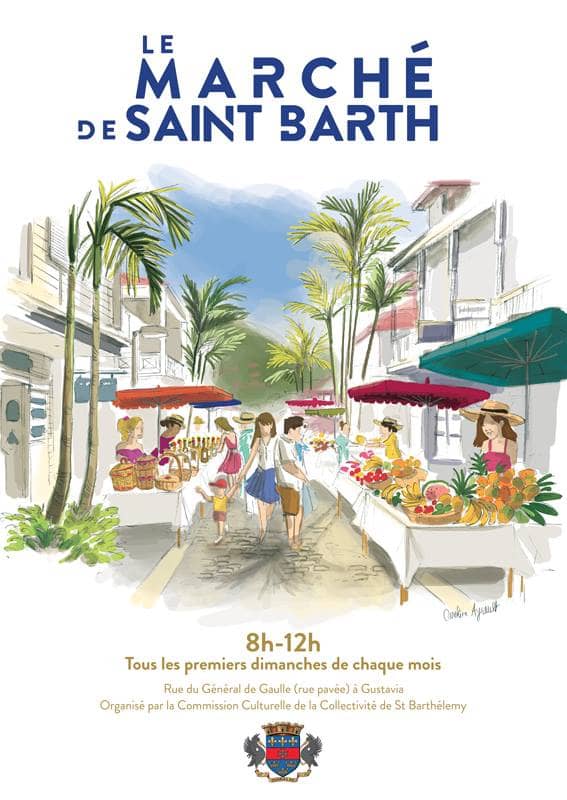 All along the year St Barths will surprise you with different events organized.

Should you be a big fan of sailing boats, many regattas take place on the blue azure water surrounding this paradise.

Perfect to celebrate Carnaval, this is for sure the safest place on earth to let your children discover Gustavia following the different decorated floats.

Here below  the main events of the year:

Every first Sunday of the month will take place the lovely Gustavia's Market. Perfect to enjoy the cobbled streets and meet the local producers... 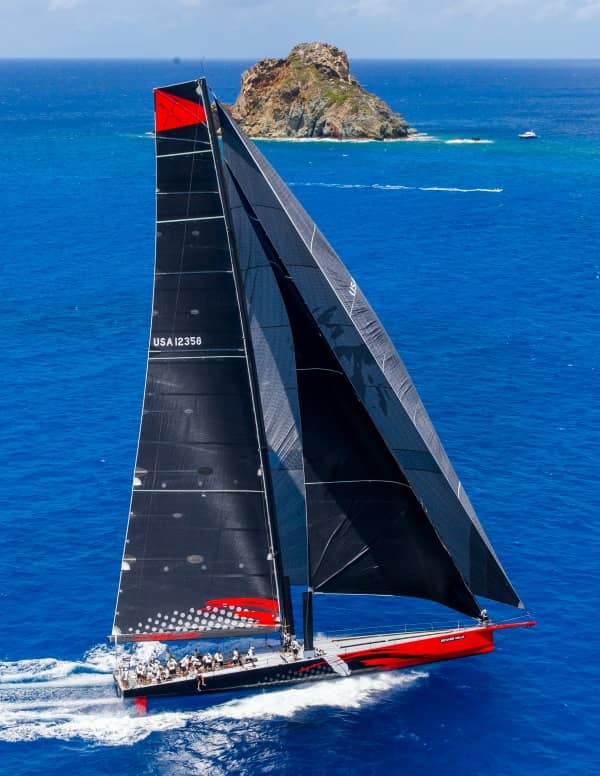 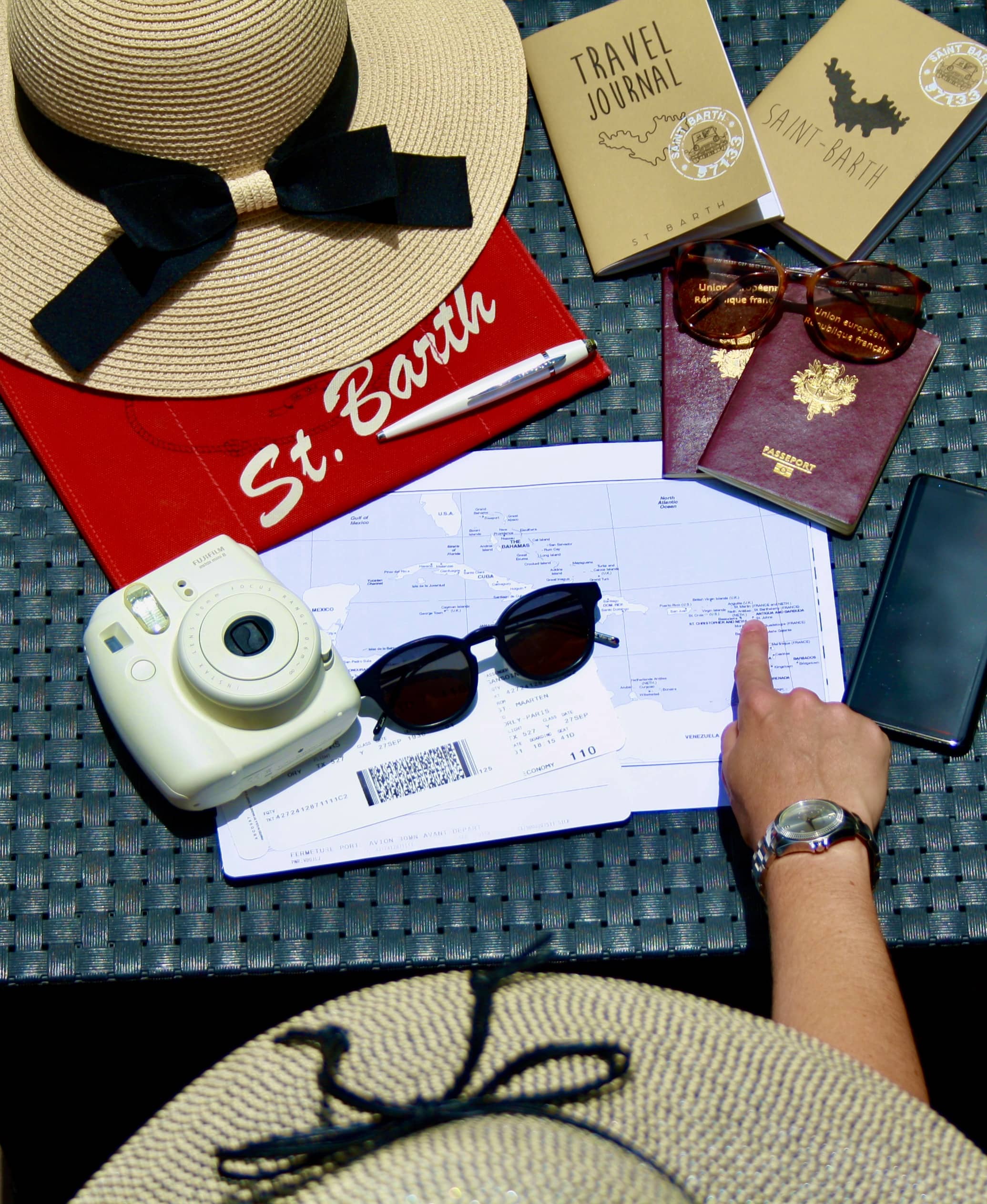 High season on the Island will start mid December to finish around mid April after Easter. Summer time for family holidays is always a great opportunity to discover it again. Even better Automn is the perfect time too as you will take profit of the just refurbished hotels right before the festivities...

With an average temperature around 27°C - 80°F all year long, Saint Barths offers you the ideal Caribbean weather. Warmest months are July and August...

Saint Barths is located at GMT-4 as New York City and Puerto Rico. It is however 6 hours behind Paris in Summer and 5 in Winter.

French and English are used everywhere on the rock. Portuguese is also a major language spoken by many locals...

The American Dollar and the Euro are commonly used everywhere.

Electricity runs in 220V and telephone indicative is +590.

There will be a 5% local tax to pay for any night rented in a hotel or a villa, but shopping is duty free!

Your Getaway to the Caribbean LifeStyle...

The island is known for its 19 pristine white sugar sandy beaches. All are public, and have its own singular character and charm. Gouverneur, Saline, and St. Jean beaches are among the favorites for bathers while Colombier, Grand Fond and Grand Cul-de-Sac boast striking views but not to forget the toes-in-the-sand beach bars and restaurants. 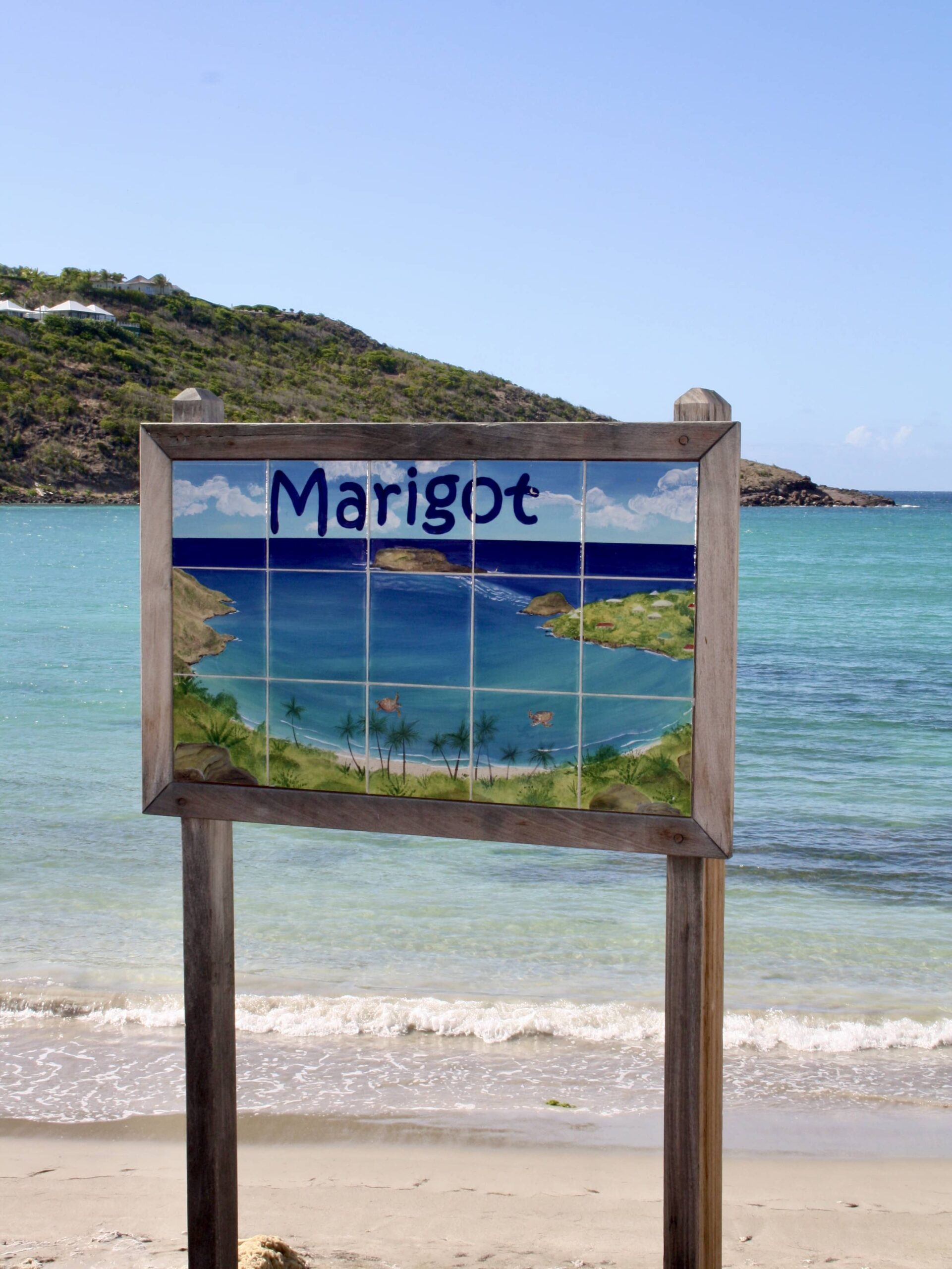 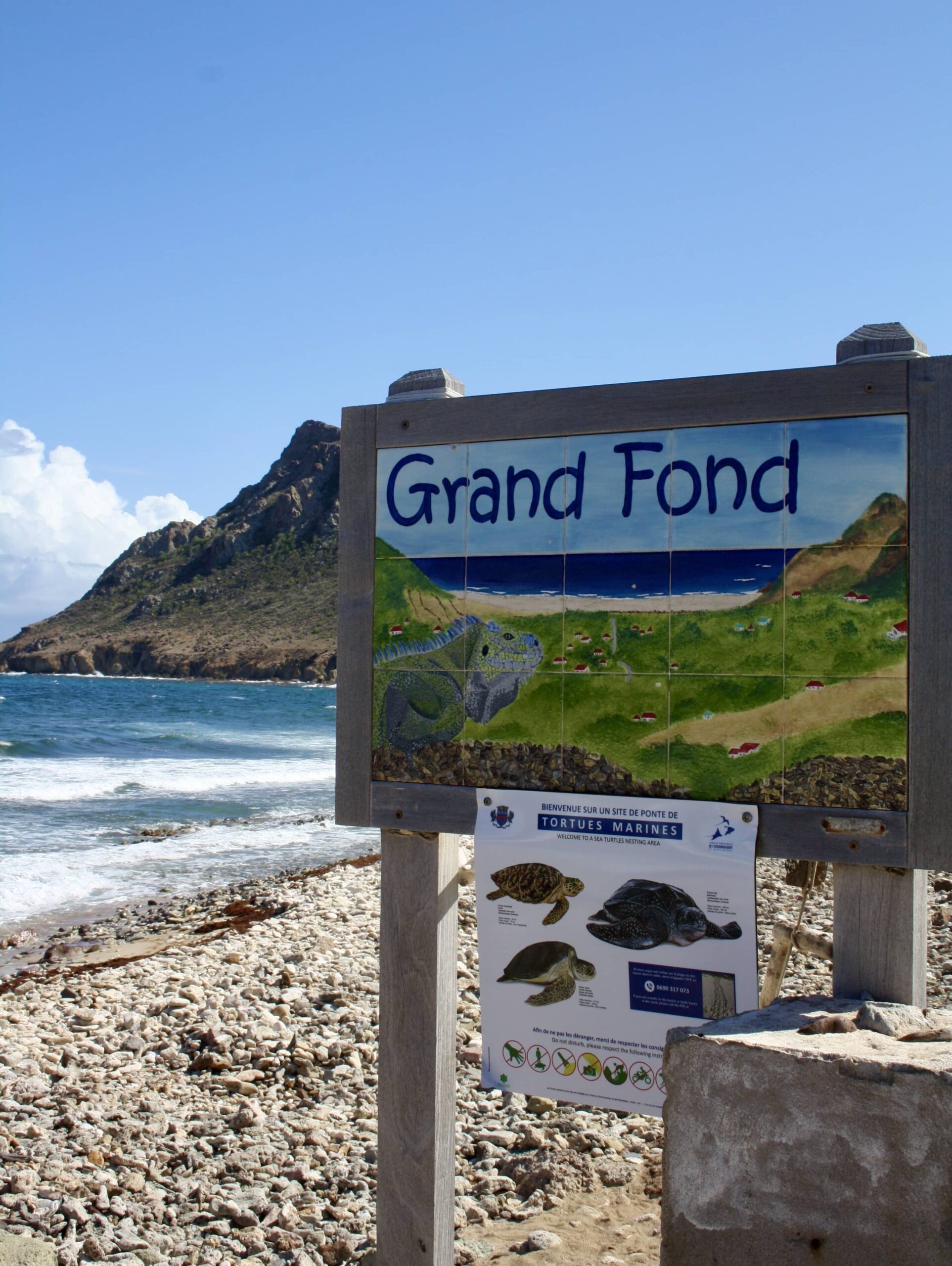 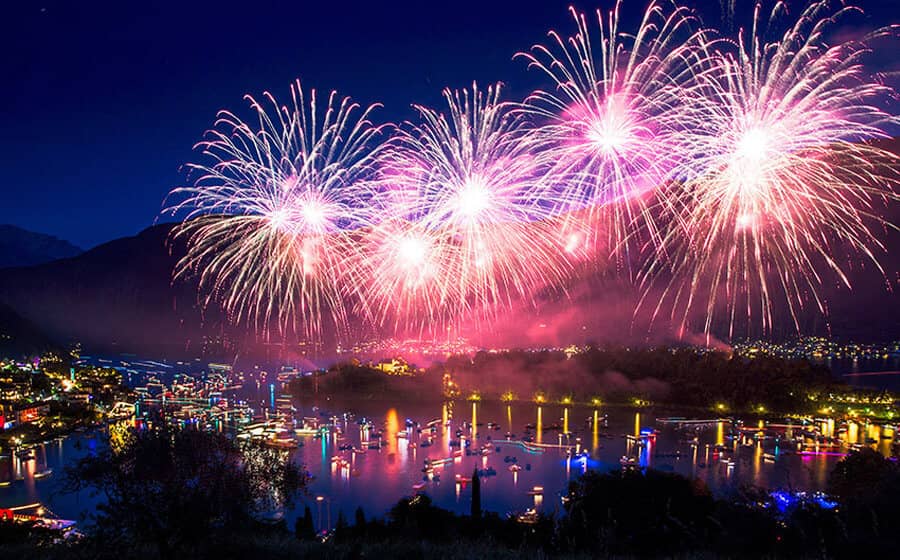 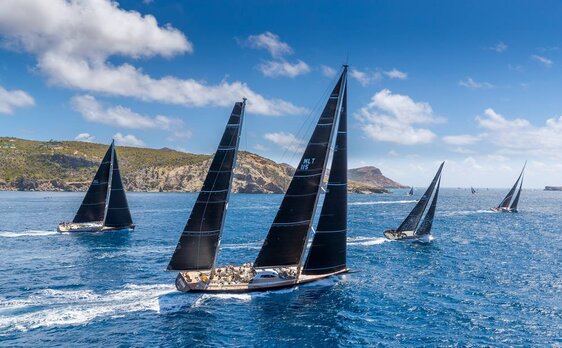 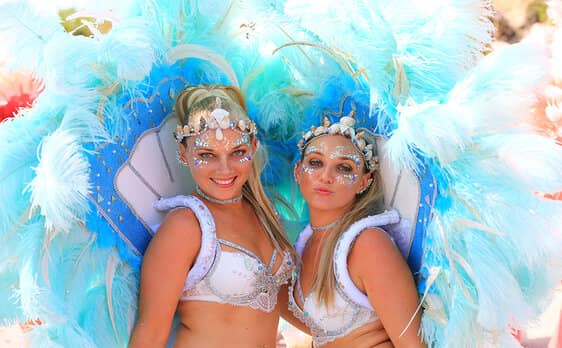 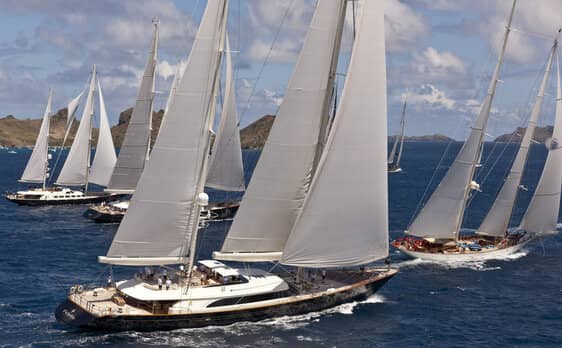 Based in St Barths F.W.I

At your disposal to design your holidays

Let's talk about your next dream vacation!